Part of what got me interested in doing genealogical research was the fact that my father told me growing up that he was descended from a man named Charles Christopher ("Karrell Christofferson") Springer. Charles Christopher Springer was--according to his own account in a letter written to his mother--kidnapped on his way home to Sweden from London, England (where he had been studying), and taken to America. He worked as an indentured servant in Virginia before earning his freedom and heading north, where he was taken in by fellow Swedes who had settled along the Delaware River in what was then known as "New Sweden." There, he served as lay reader in the absence of a minister at Cranehook Church for several years and was instrumental in securing funds for the building of a new church, Holy Trinity ("Old Swedes"). He married and had a number of children. This is all very interesting and true.

Jumping ahead a few years to 1882: the enterprising duo of George W. Ponton and Charles H. Bierce--both aliases, it turned out--devised an inheritance scam in London, Ontario. This is it, in a nutshell: they drew up papers saying that Charles Christopher Springer's estate was valued at $100,000,000 and that the city of Wilmington, Delaware, had agreed to pay his heirs $20,000,000 to release itself from the claim. One of these men (Ponton) claimed to be an agent representing the Springer heirs, each of whom would receive $90,000; the other man (Bierce) claimed to be an heir. The whole scheme unraveled when it was revealed to be a scam to get people to loan money to the pair, with the promise of repayment once Bierce got his settlement. So, the men were arrested and that's the end of that story. ("The Fabulous Springer Estate" from the New York Times, December 23, 1883)

Except it isn't. The "Fabulous Springer Estate" remained alive and well in the imagination of Springers everywhere, not just among the Canadian Springers. People wanted to perpetuate the idea that they were somehow related to Charles Christopher Springer because...well, what if there was some truth to that huge estate claim? So, random Springers started making family histories that listed themselves as descendants of Charles Christopher Springer. Among my ancestors, my gg-grandfather, Moses Springer, appears to have been the main culprit. As a public figure, there was a lot written about him, most of which included a passing reference to Charles Christopher Springer as his gg-grandfather David's ancestor. Unfortunately, sometimes genealogists mistake--quite honestly--secondary sources for primary sources; however, just because something is published, doesn't necessarily mean it's true.

This is where the Springer DNA Project comes into play. Click here for more information.

Thank you to Elaine Davis for sharing a copy of a letter and attachment that she found in her family archives. The attachment is summarized in its heading: "No Record of a Springer Estate | History of the Myth That Has Been Agitating the Various Heirs. | WHAT RECORDS SHOW | Charles Springer Had the Handling of Some Land, with Others | OWNED BY OLD SWEDEN CHURCH | The Only Interest He Had in the Property Was to Act on Behalf of the Church." Click the images below to read more. 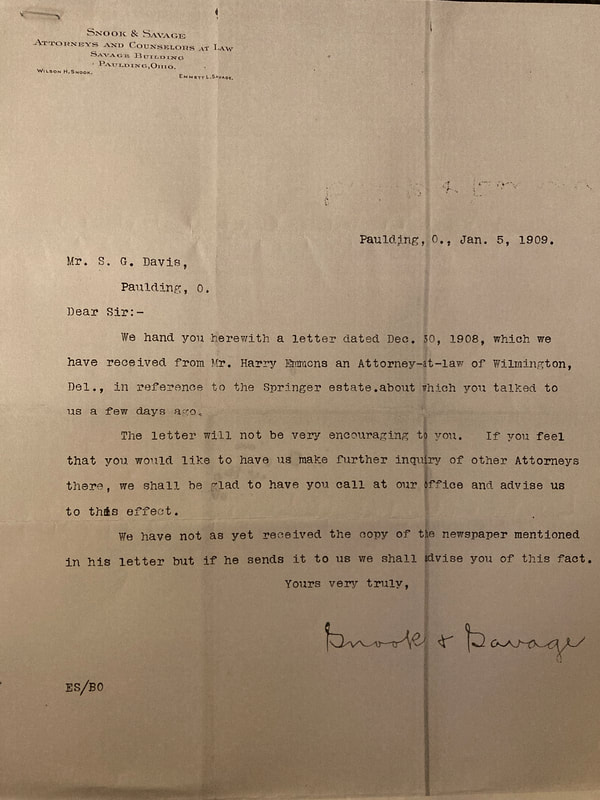 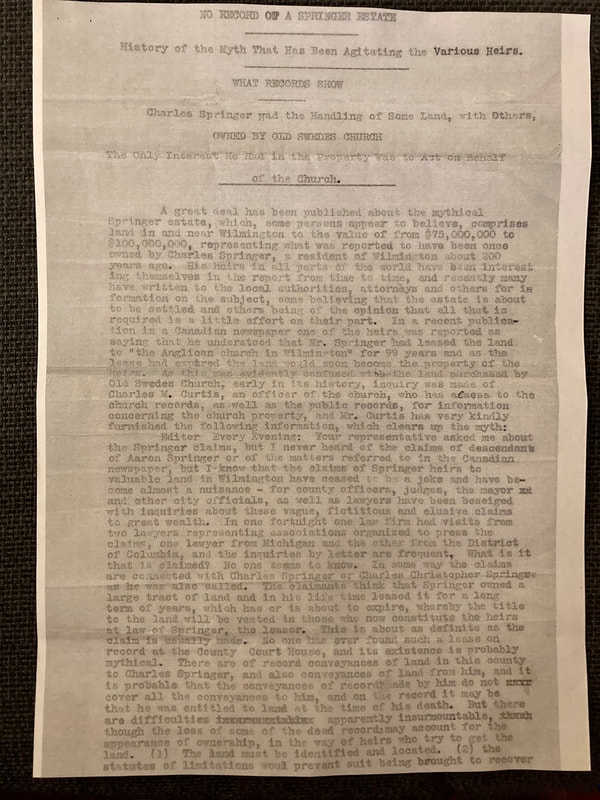 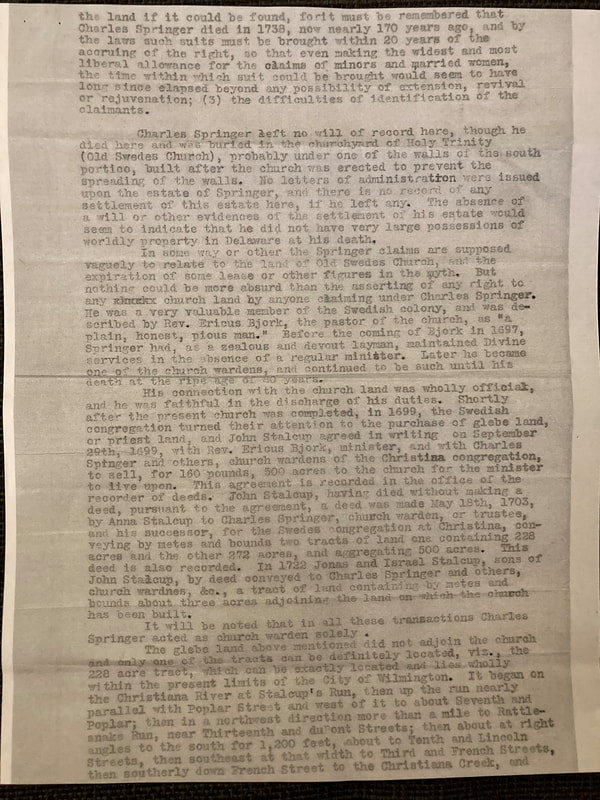 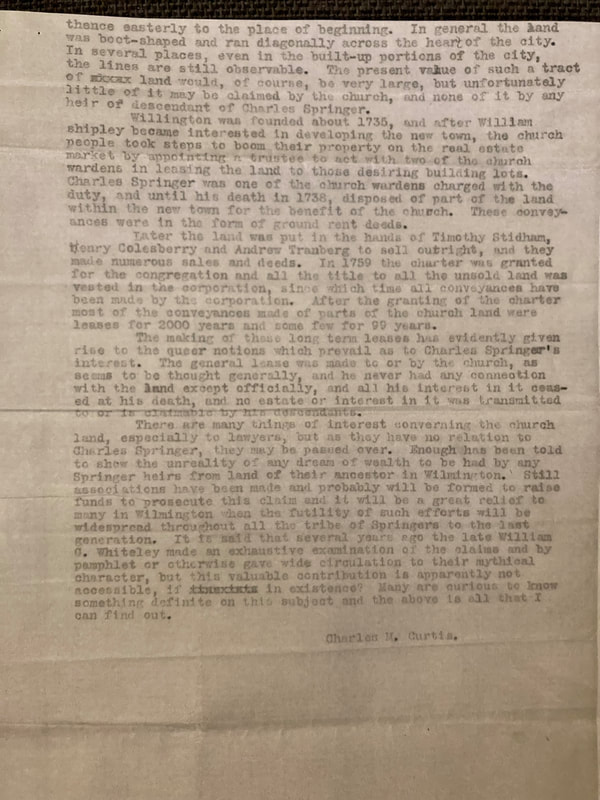