I haven't updated my Springer Genealogy website since 2011. Like many Springer researchers, I hit a brick wall trying to find conclusive evidence about who David Springer's parents were. Even though circumstantial and DNA evidence suggest that David's parents were Dennis and Mary Springer, no records had been found to support that assumption.

Ray Springer from Ontario (a descendent of David's son, John Springer) contacted me to let me know that during his research, quite by chance, he saw a reference in a doctoral thesis written by a student at the University of New Hampshire to an entry from a pre-Revolutionary War account book, which the student cited as an example of how family members were involved in paying debts for each other. The specific transaction is as follows:

This entry provides the record that Springer researchers have been looking for: the record showing that David Springer is Dennis and Mary's son. David is referenced as Abigail's brother, and we know from the baptismal records of the Reformed Dutch Church of Albany, New York, that Abigail was Dennis and Mary Springer's daughter:

Back to the account book.... Ray tracked it down at the New York Historical Society. The entry above is from Account Book B of Mrs. Robert Sanders (Elizabeth Schuyler). Mrs. Sanders and her husband, Robert, were merchants in Albany, New York. It would be interesting to know what Abigail had purchased for such a costly sum that she was unable to repay without her brother's help.

Ray shared PDFs of three pages from Mrs. Sanders' account book with me and I've uploaded photos of them below. Click on the thumbnail to enlarge. They include the cover page of Account Book B, the index reference to David Springer (p. 45), and the page on which the transaction is recorded.

I'm super excited that Ray not only shared his discovery with me, but that he gave me permission to share it here on this site. Thank you, Ray! 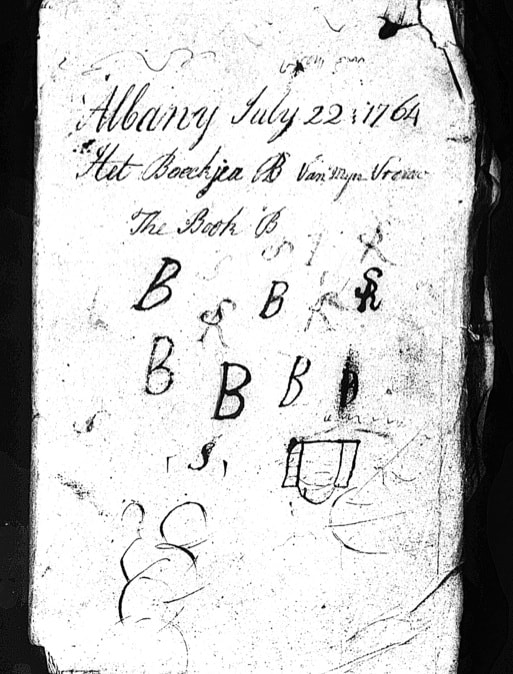 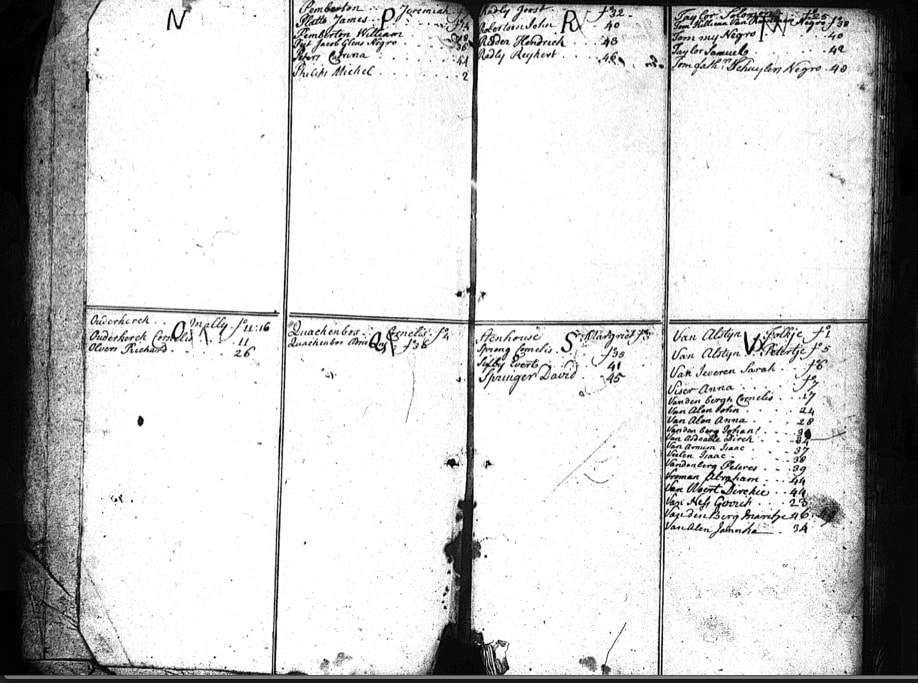 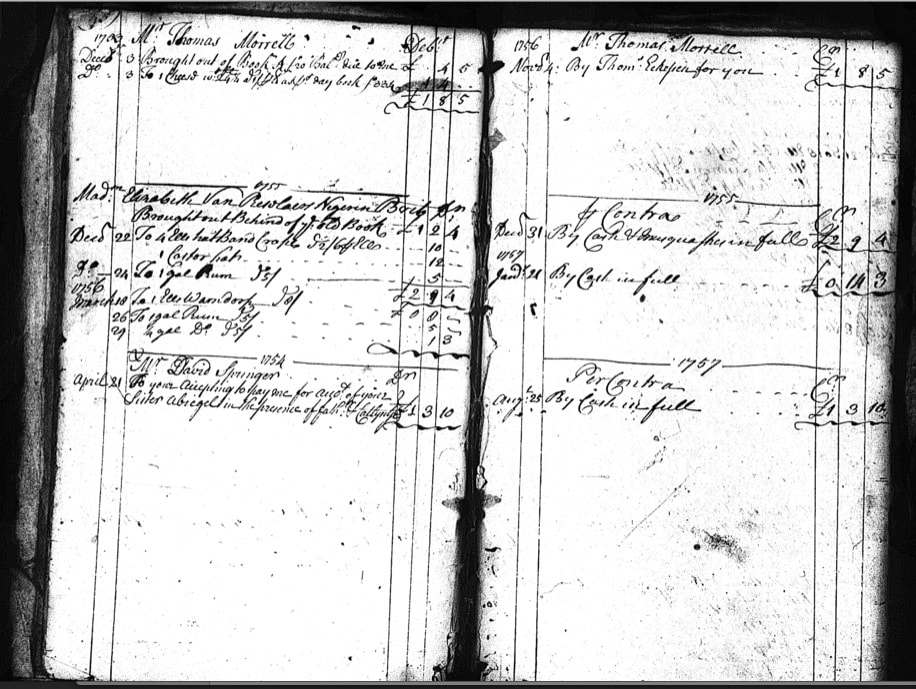